whenever there are 100 user will be online cpu consume almost 100%. i have tried so many debugger application, performance monitor, and try to get solution but no luck, i have generate some report which function couse problem. as per some debuging tools i got below result, plz see below image. 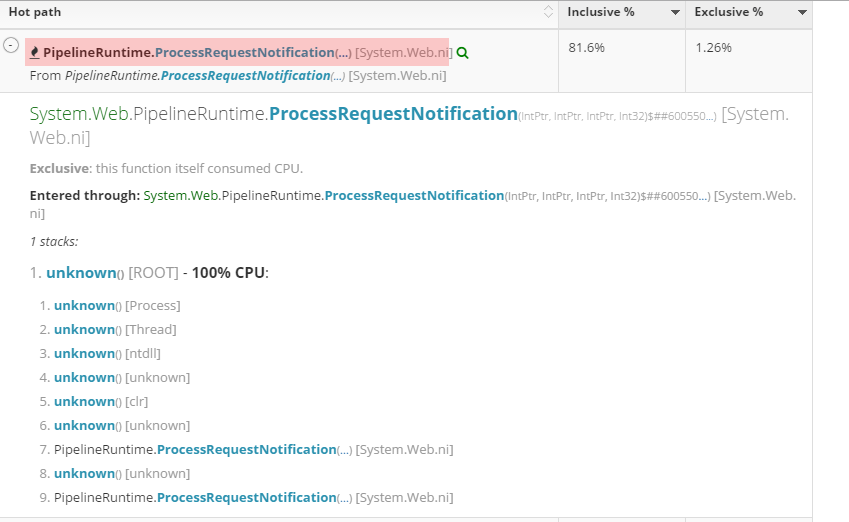 but still not identify problem,

we have hosted app and see this problem, we think its some coding problem and optimization. so we have started to optimize app and update it dailly base in server and see again usage, but there are no any better performance.

as per user request, per user it will get 2 request per second and one input operation which is not on continue based. may be its in minute or more.

as per one frnd which has also same application, same user request, they have published on VPS, and they are 2000 user are working at a time still not down, as per comparison with them, i have dedicated server and no resource devide to any one. so i think i will get more enough performance then my frnd

as per some expert frnds advice, its block some request, may be in EF or iis. but how and why. there are all code are as usual.

I hope i will get solution as soon as possible, now its a headeach problem for me.

You have so many tools constantly monitoring your server impacting throughput.. Try to uninstall them from the production environment. Ideally such tools are not recommended on live environment but you can install on test environments.